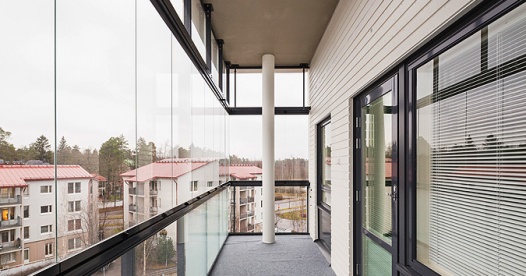 42 new rental homes were completed at Kiloportti 3 in Espoo near good transport connections and services. Residents moving into the building were offered, among others, removal and installation services.

Three apartment buildings with a total of 114 new rental homes were completed at Lehtikallio 4 in the Pähkinärinne district of Vantaa.

VVO and NCC signed contracts for the construction of 238 rental apartments in Puijonlaakso, Kuopio and Laajasalo, Helsinki. The agreement is worth about EUR 40 million. Construction will begin immediately on both sites, and the apartments are scheduled for completion in phases during 2015 and 2016.

New-concept homes were on offer in the Jätkäsaari district of Helsinki. 61 VVO rental apartments plus one privately financed apartment with studio workspace were completed at Juutinraumankatu 10 in 2014. The building is based on a car-free concept, and its basic units are studio apartments that have been designed with a brand-new, slow living approach. Each apartment consists of a central space with surrounding alcoves.

Total growth in VVO Group’s offerings in the 2000s: